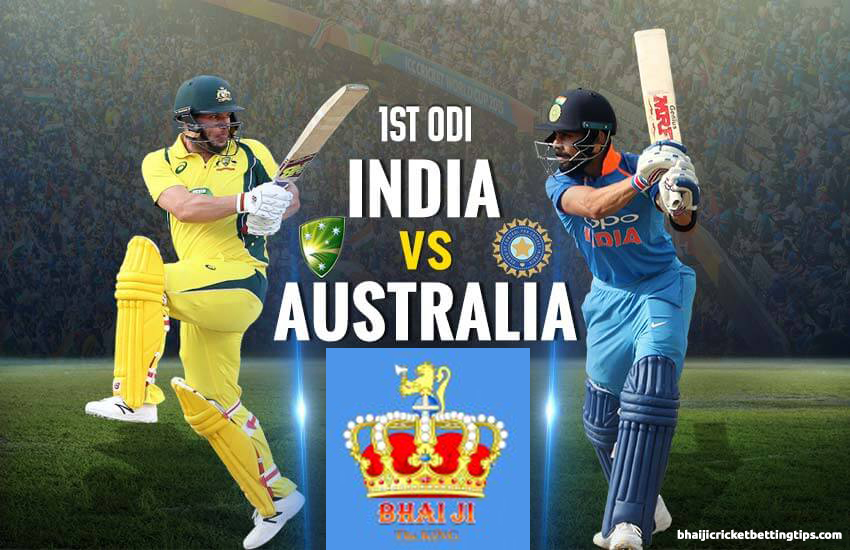 After losing the T20 series, the men in blue will now take the team Australian side in the 5th match ODI series. The first ODI is going to be held on 2nd March 2019 at Rajiv Gandhi International Stadium, Hyderabad.

Only three months has left for the biggest tournament in Cricket i.e. World Cup and this is the last ODI series India will play their last ODI series before the World Cup. For team India this is would be a great opportunity to lock in on a few spots more focusing in their middle order. No, doubt team India is considered as one of the strongest teams to go into the World Cup, but yet they have to finalize the best eleven players for mission World Cup.

Experimentation is expected to continue by the hosts team India in the 5th match ODI series. The decision of taking KL Rahul instead of Shikhar Dhawan was quiet, as Rahul used the opportunity very well and he emerged as the top- scoring batsman in the T20Is against Australia. Whereas, Siddharth kaul and Umesh yadav both have disappointed with their poor performance and went for plenty barring Jasprit who have shown good bowling. With the comeback of Kuldeep yadav and Md. Shami the bowling department of India will definitely get some benefits as the struggled against the Aussies with some relatively inexperienced players in the T20Is.

From the side team Australia Glenn Maxwell is come out as top- scoring batsman overall and also wished to bat furthermore up in the batting order after bagging a match- winning in the 2nd T20l in Bengaluru.

The team Australia has upholded the maiden T20 victory over India, will be keen to continue the momentum it has gained. Presence of Nathan Lyon’s will encourage the spin department and he will coordinate with Adam Zampa. As well, D’arcy Short who has come back in the team is excited to repeat his T20I performance in Hyderabad. The two strong top – order player Steve Smith and David Warner are still serving the bans, team has struggled to balance its top- order.