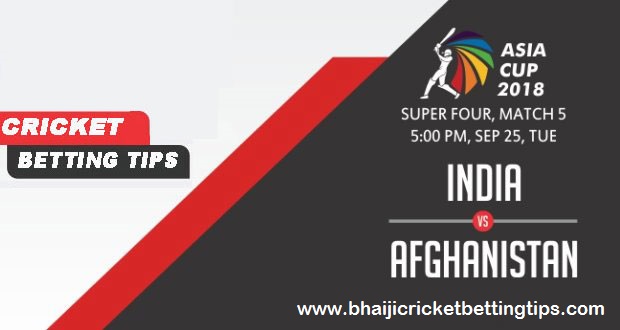 Asia Cup 2018 has an amazing journey as far as the competition is reached, from qualifying matches to Super 4 matches it’s been unpredictable. Sri Lanka got disqualified at the beginning which was expected and on the other teams like Afghanistan which is said to be not so strong teams as shown really good cricket and make their place and Super four.

India is in the finals now, and wait is for the second finalist and it would be declared after the match of 26th Sep between Pakistan vs Bangladesh. And who will play India for that we all have to wait till 26th Sep. The final match will be held on 28th Sep at Dubai International Cricket Stadium.

India
Indian team is in good form and delivering a consisting performance and had won all the matches of the tournament as far and they confront  Afghanistan in the next match.  In the captaincy of Rohit, Sharma team is performing well and have most probable chances to win the Trophy of Asia Cup 2018. Rohit Sharma and Shikhar Dhawan had the outstanding performance in the match against Pakistan, Rohit scored 111 and Dhawan won the title of Man of the match by scoring 114 runs. Bumrah is seeming now a matured bowler and Jadeja and Bhuvi finely handled the bowling department in the absence of Hardik Pandya. The Spinners did the same.

Afghanistan
Afghanistan all started with it winning the match against Sri Lanka which was really appreciable. They continued their performance in the next match against Bangladesh on Sep 20 and won by 136 runs. But lost the two super matches against Pakistan and Bangladesh respectively. Now they are in front of a very strong opponent team India and it will be just a kind of formality match for India but the Afghan team have to show some good cricket and play for their team pride. Talking about two last performances of the team Afghan missed two golden opportunities by a slight difference. They could not defend 10 off the final over two days back against Pakistan and on Sep 23rd they fall short by three runs when needing 8 off the last over.

Our Prediction: India will win this match. You can get the betting tips for India vs Afghanistan Asia Cup 2018 stay tuned with Bhaiji. We also provide the match tips and predictions for the remaining matches of Asia Cup 2018.