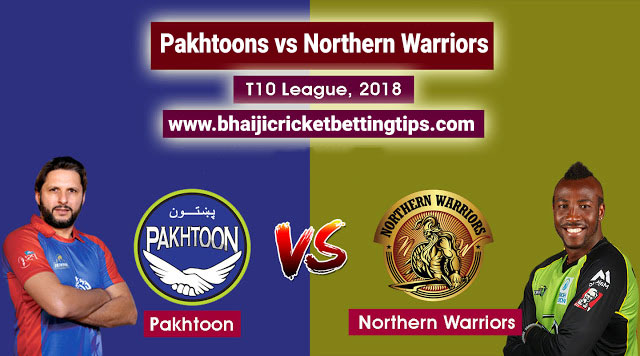 Today is the 25th Match of T10 league, at sharjah Cricket Association Stadium, Sharjah. Team Northern warriors has won their last match against Rajputa by 7 wickets and whereas, Pakhtoons have lost their last match by 7 wickets. Now, this is gonna be interesting to watch which team will qualify for the Eliminator final round.

Betting Tips for Northern Warriors vs Pakhtoons
After analysing the team performances, our expert has predicted that Northern Warriors will win. For more latest news and happenings for this match stay tuned with Bhaiji for T10 league 2018.