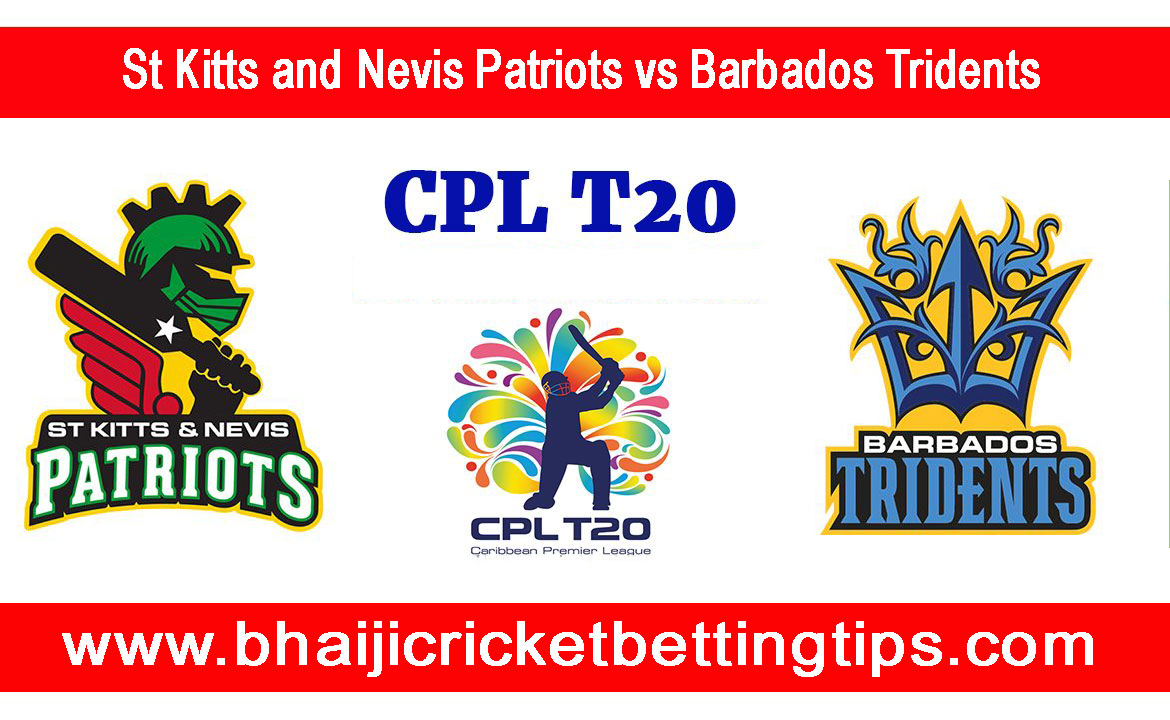 The 2018 Caribbean Premier League (CPLT20) is the sixth season of the Caribbean Premier League, the domestic T20 cricket league in the West Indies. Matches are being played in seven countries – Trinidad and Tobago, Saint Kitts and Nevis, Guyana, Barbados, Jamaica, Saint Lucia, with three of the matches were played at Lauderhill, Florida, United States. The tournament started on 8 August 2018.

There were two matches on Sunday dated 2nd September, we will discuss them one by one, The first was Barbados Tridents vs St Lucia Stars, in which St Lucia Stars won by 6 wickets. So, the Tridents misery ends at the Kensington Oval. They still have a mathematical chance at qualification, but that hinges on the next match coming up.
On another side, in the match between St Kitts and Nevis Patriots vs Jamaica Tallawahs, the match was reduced to 11 overs due to rain and won by SNP won by 7 wickets (DLS) which means here that both the Tridents and Stars end their campaign after the win of Patriots. Now, the Patriots winning here means that both the Tridents and the Stars end their campaign here. It's only a matter of seeing who ends up where over the next few games of the league.

Barbados Tridents are washed out from CPL 2018 after SNP defeated Jamaica Tallawahs. Barbados Tridents and Patriots will come across each other on the ground Warner Park, Basseterre. Snp has played 9 matches and has won 4 out of them, they clased against whereas, Barbados has won only 2 matches out of 8 matches.