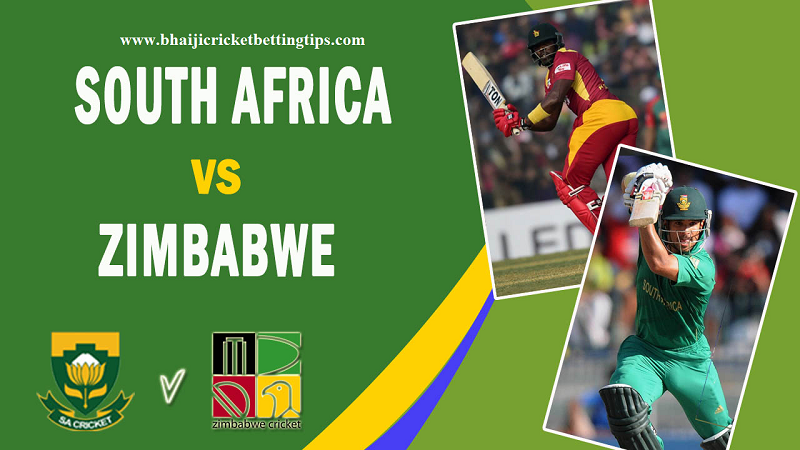 This, the match is the end of a series of 3 ODIs between the Zimbabwe vs South Africa. The third and last ODI going to be held at Boland Park in Paarl, and this time Zimbabwe have to perform well because Africans has already won the last two ODIs by 5 wickets and 120 runs respectively.

The Match was totally disappointing to see Zimbabwe, they were at the perfect position but they failed in balancing the game and lost it by 120 runs.  Although they bowled well the lack of good batting partnership turned the whole game. On the other side, Africa's bowling was superb-  Dale coming into his own, Tahir coming into his best performance.

The hosts will, in any case, be trusting that the best request shows up this time around, as batting has been the greatest worry for the side crosswise over arrangements for some time now. South Africa flaunts a to a great extent unpracticed line-up, missing a couple of huge names, the greatest of which is the as of late resigned AB de Villiers, who featured in the last ODI played in Paarl with a vocation best 176 against Bangladesh a year ago.

There will be trust from the home fans that very little has changed with respect to the playing surface from that conflict – played at essentially a similar period in the year – as the Proteas piled on a record 353 keeps running in their 50 overs, the most astounding ever at the setting.