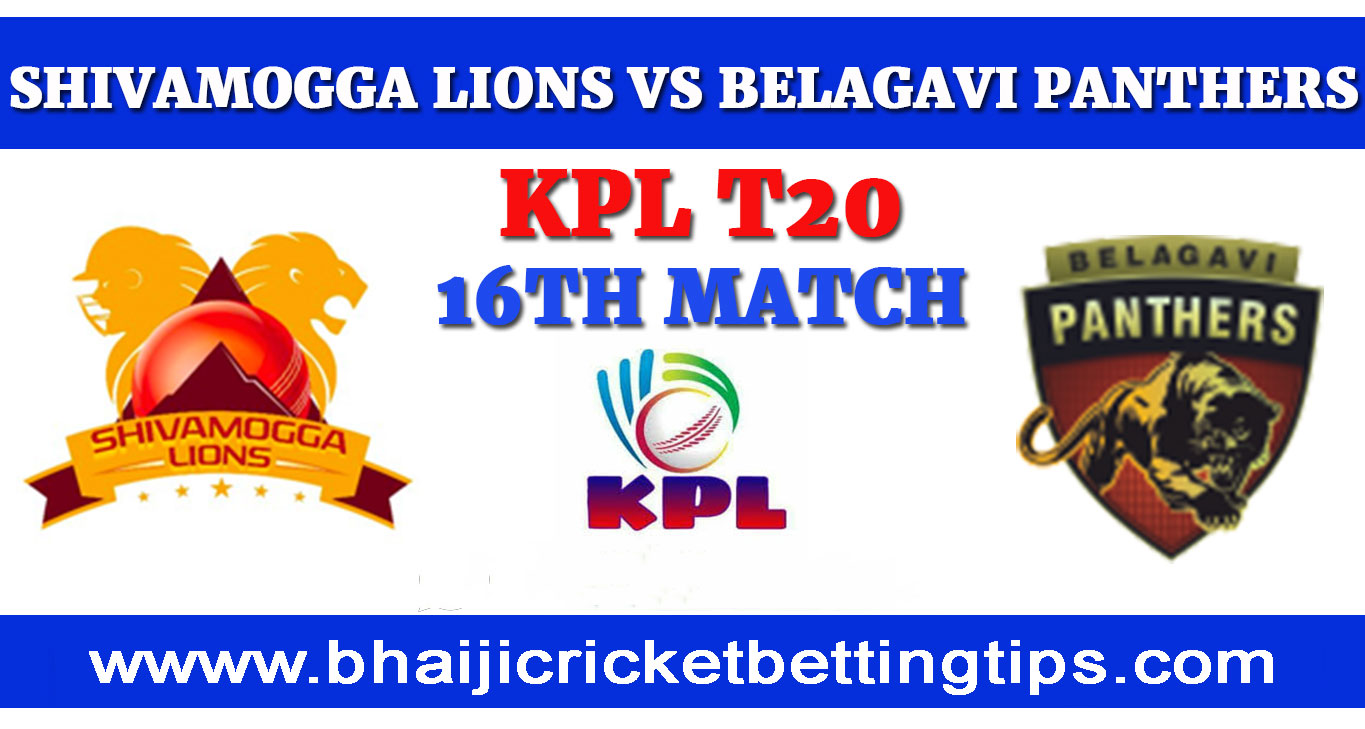 The previous match 15th match of KPL 2018 was between Mysuru Warriors Vs Shivamogga Lions, and again Lions faced defeat. Shivamogga Lions die well in the 6 overs of beginning, but unfortunately they lost too many wickets and resulted loss for them. Now, they need to come back harder in the next match. On the other hand, this was a crucial win for Mysuru Warriors. Now, they are going to play three back to back matches on 3oth, 31st and 1st.

This is the time to face off between  Shivamogga Lions Vs Belagavi Panthers.

Shivamogga Lions the winner of last season, and this is very shocking that this season they have not won any of their matches and standing at the bottom in the ranking table. In their previous matches against Hubli Tigers and Bengaluru Blasters, lost by 25 runs and 2 wickets respectively.
Aniruddha Joshi, losing captain for Shivamogga really need make and team up his players and workout on where they are lacking to make a comeback up in their upcoming matches.

Belagavi Panthers
As if now, Belagavi Panthers are out of the Tournament KPL 2018, after losing back to back matches, repeated the same mistakes again and again. Captain CM Gautam, will come with his team to play their pride in next two matches.

For more updates and free cricket betting tips for KPL 2018,  keep in touch with Bhaiji. Brings you all latest news if KPL 2018, can also subscribe to  paid services for more accurate betting tips & predictions.