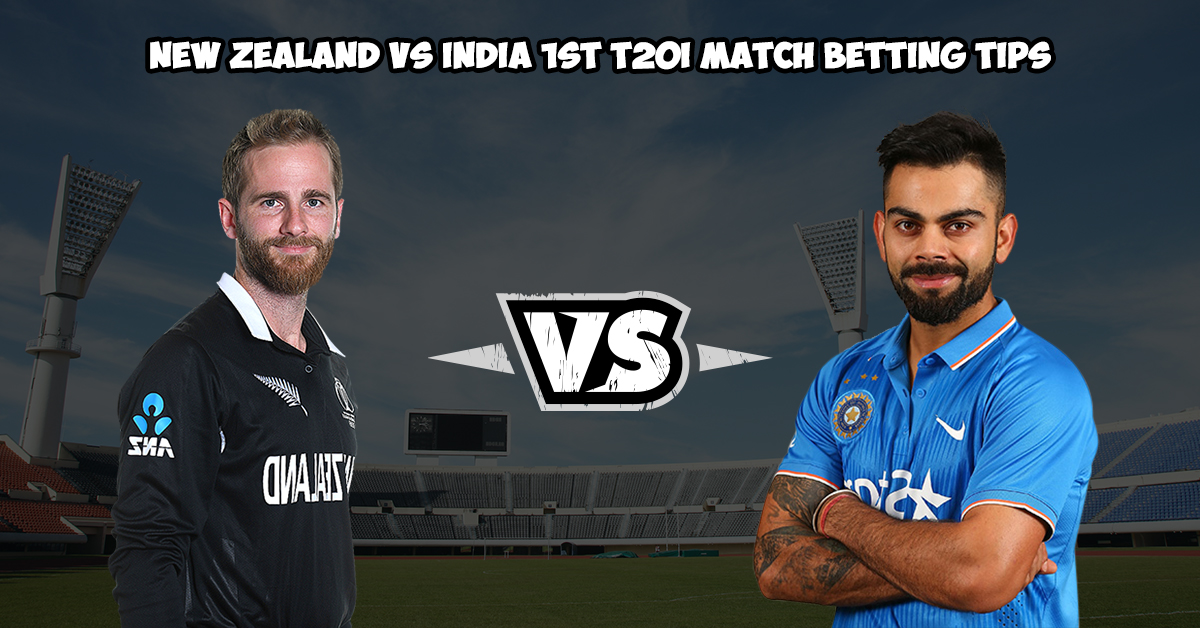 New Zealand and India are scheduled to play in the 1st T20I match of the 5-match series. The venue of the match is Eden Park, Auckland.

New Zealand has previously played a T20I match against India at home in Hamilton last year. They won that match by a very close margin and clinched the series 2-1(3). It was a very competitive series in which batsmen had the upper hand on the bowlers. Expect the upcoming 5-match T20I series to be keenly contested and new match winners to emerge.

Eden Park, Auckland is a multi-purpose sports stadium in which cricket gets played in the summer. It has the shortest straight boundaries for any international cricket stadium in the world so captain mostly decides to chase targets here. Get similar type of betting information by using the cricket betting tips free from Bhaiji.

New Zealand in T20I Cricket is a very good team and always plays excellently in the ICC T20 World Cup but hasn’t won the trophy as of yet.

In their last T20I series, New Zealand played competitive cricket against England but they still lost that series by 2-3(5). The top-performers for New Zealand in T20I Cricket are Martin Guptill and Colin De Grandhomme, recently. The injury issues have sidelined Trent Boult and Tom Latham from this T20I series. So the captain Kane Williamson has his task cut out with regards to bringing the best out of depleted T20I squad of New Zealand.

New Zealand is the least favored team at the start of this T20I series, but they are looking to perform to the best of their ability and put on a show for their home fans against India.

India has given chances to many young players in T20I Cricket at home with the ICC T20 World Cup happening later this year and found some good players in the process.

They are playing this T20I series away after winning the last series at home against West Indies by 2-1 (3). Virat Kohli and KL Rahul have been the top-performers for India in T20I Cricket over the past few months. Although India has come out victorious in the last few T20I series but still they have to sort out injury issues of Hardik Pandya and Shikhar Dhawan in particular. With that being said, India has the young players performing exceptionally well in their place.

India has the upper hand in this T20I match because they have performed consistently well in T20I Cricket recently, but they can’t take New Zealand likely because this team is known to surprise opposition when least expected.

Players to watch out for India are Virat Kohli, Rohit Sharma, Jasprit Bumrah, and Yuzvendra Chahal.