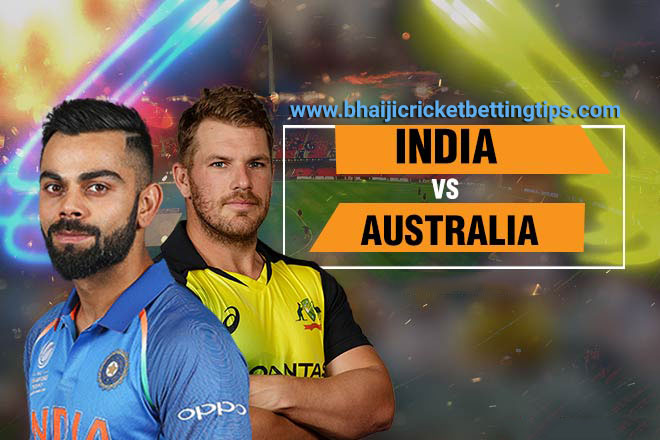 After the two back to back win of India, it’s time for the 3rd ODI which is going to be held on 8th March at JBCA International Complex, Ranchi. Team India is only one match away to win the 5 ODI series against Australia. Australia has to put really some extra efforts to make a comeback and balance the game as currently, India is in the excellent form and have a strong side. Let’s see what is going to happen in the 3rd match   India vs Australia?

Some highlights of the match.
• Indian batting is looking for much strong than Australia and they have to come on the ground with proper preparation.
• Looking at the previous two matches, it seems like India has won the matches easily, and this is not good for Aussies.
• Well, Aussies made their full efforts in the last two matches but they failed to win, so they need to execute their game plan well.

Currently, the team is in good form and have played the last two matches greatly and won them too. Now they will try to win this match and seal the series. Virat is performing well consistently and taking his responsibilities of being a captain seriously. Rohit Sharma got out for a duck, Dhawan scored only 21 runs. The current form of Shikhar Dhawan and Ambati Rayudu is the concern of worry as the biggest occasion of cricket World Cup is not far much. Vijay Shankar has proved his worth and contributed quite well with the ball, bowling the decisive final over. Probably Bhunveshwar would likely come back into the XI after taken rest in the two ODI. In the bowling department Ravindra Jadeja, Kuldeep Yadav, Mohammad Shami and Jasprit Bumrah bowled very well.

Team Australia
After winning the T20 series against India, they were supposed to show more game-winning performance in the ODIs but they failed to do so. No doubt, they tried hard to keep the grip tightly but in front of India’s strong batting line up, they went down.

Come back of Nathan Lyon in the team seems to be like a good decision. His pairing with Adama Zampa is quite effective in the middle overs. Pat Cumins is in the excellent form and currently, he is the star of the Australia team. He has performed from his ball and taken 4 wickets and his place in the World Cup team 2019 is almost secure. Marcus Stonis has bowled for only one over whereas, Glenn Maxwell ended up bowling is full over. Team Australia need to work in their batting line up, Shaun Marsh is a good option for the team and his addition certainly helped the Aussies. Usman Khawaja, Peter Handscomb, and Marcus Stonis, all have them scored well.