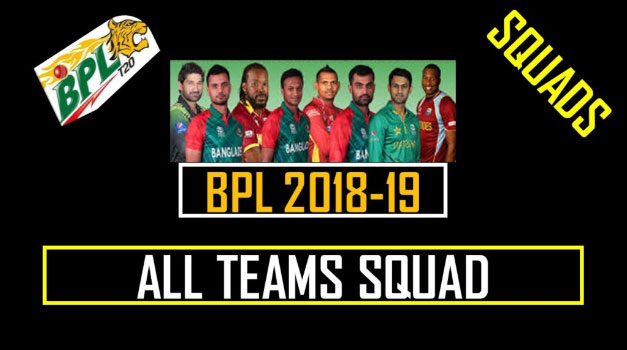 The sixth season of Bangladesh Premier League 2018- 19 is scheduled to be held in January. The competition was sorted out by the Bangladesh Cricket Board (BCB), including seven teams from seven urban communities. Teams will be confined to having four overseas players for every side, in spite of five in the previous edition of the competition. Rangpur Riders are the defending champions.

Initially, the season was scheduled to begin on 1 October 2018 and end on 16 November 2018. Nonetheless, in May 2018, it was accounted for that the competition may be moved to January 2019, in view of security worries around the Bangladeshi general election, scheduled to occur at the same time. In July 2018, it was confirmed that the competition would begin in January 2019.
In this edition of the tournament, the Decision Review System (DRS) will be used for the first time.

By 30 September 2018, the team franchises announced declared the names of their held players for the competition and their symbol players. A players' draft was at first planned to take place on 25 October 2018. After that, the date was moved to 28 October because of a timetable conflict with the ODI arrangement among Bangladesh and Zimbabwe.

The rest of the players were bought from the Players' Draft, which was held on 28 October 2018. Liton Das and Mustafizur Rahman were new additions to the list while Soumya Sarkar and Sabbir Rahman were excluded from the list